We have Won Countless Cases with a Proven Track Record of Success Defending Clients Throughout San Diego and Southern California. 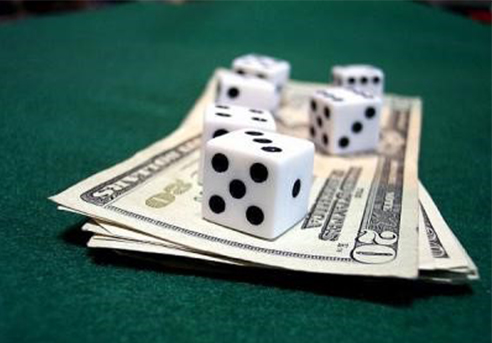 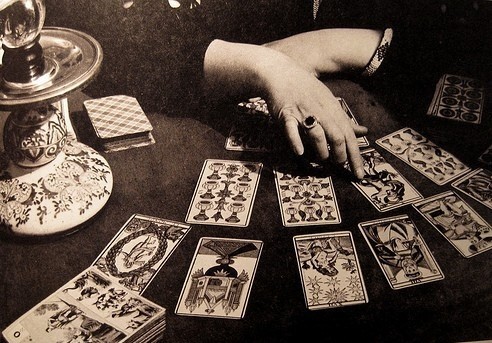 California enforcement law has a mission to ensure the integrity of gambling in California. In 2008, the Department of Justice Bureau of gambling control created a business regulation just focusing on the gambling industry. This act approved in 2008 establishes rules and limitations of the gamble industry. The idea of this act is to ensure the honesty and the competitive the industry from criminal and corruptive elements. Nonetheless, also the California Penal Code establishes imprisonment treatment for someone who, with intention to defraud another person, uses the gambling to obtain another's valuable property (including money) permanently.

The code established the following rules: "(a) every person who by the game of “three card monte,” so-called, or any other game, device, sleight of hand, pretensions to fortune telling, trick, or other means whatever, by use of cards or other implements or instruments, or while betting on sides or hands of any play or game, fraudulently obtains from another person money or property of any description," could be considered guilty of fraudulent games.

For the purpose of better understanding, we are going to explain better what kind of conducts could lead someone of a fraudulent gambling conviction. The Penal Code establishes: a person who obtains someone else's property through card games or tricks such as "three card monte", betting or gambling or pretensions to fortune-telling could be charged with theft or larceny in California. The code does not prohibit the gambling, or fortune-telling, however it does penalize who tries to "trick" the public to get money or property through fraud intentions.

Cheating at cards is the most common conduct that could lead someone for being charged as a gambling fraud. 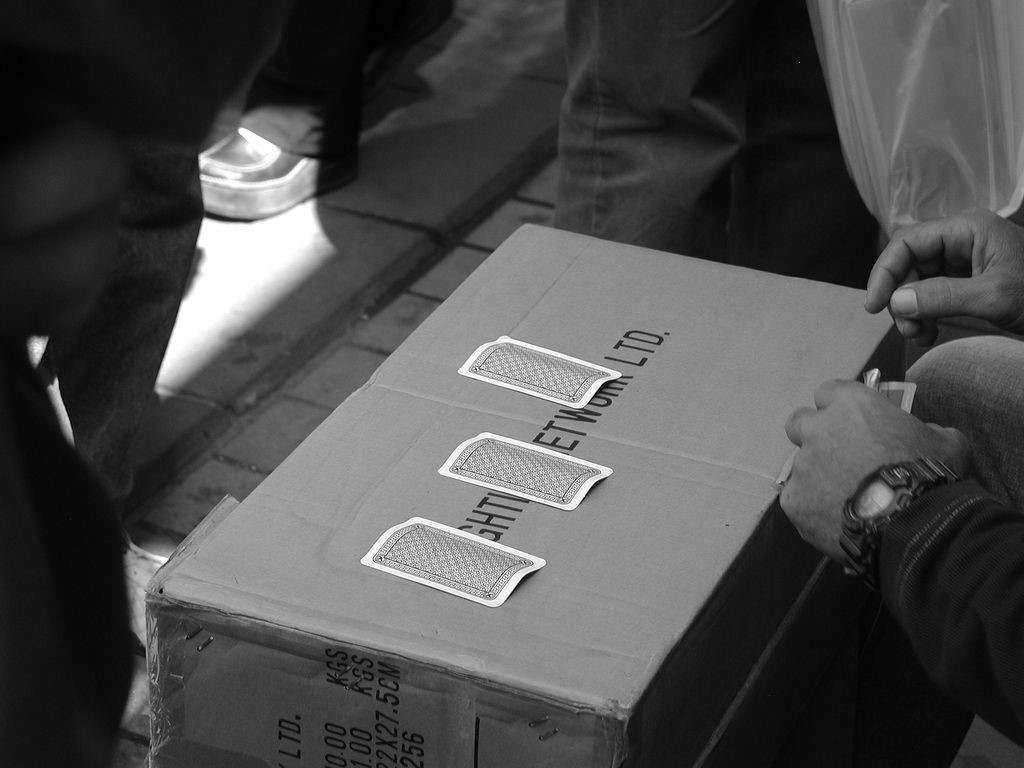 "Three-card Monte — also known as find the lady and three-card trick — is a confidence game in which the victim, ormark, is tricked into betting a sum of money, on the assumption that they can find the "money card" among three face-down playing cards. It is the same as the shell game except that cards are used instead of shells.[1] ".

It is crucial to explain that gambling fraud, it is different than illegal gaming. The statute of fraudulent games just prohibits the use of trick cards, stacked decks or any type of ways that are designed to trick people into a bet. Again, the code does not prohibit the use of trick cards, but it prohibits the use to gain any type of monetary advantage in a fraudulent manner.

The Legal Definition Of Gaming Fraud / Gambling Fraud In California

The California Penal Code, under section 332 establishes the elements that the prosecution must prove to a conviction someone of this crime, the main requirements are the following:

Let's explain in details those elements of game fraud for better comprehension. These conditions are essential for someone being convicted, if the prosecution does not prove these elements, a person should not be convicted of fraudulent gambling. San Diego Criminal Attorney will work to prove the innocence of its clients.

1. Acted With Action Intent To Defraud Another Person's

For someone being convicted of game fraud, the defendant must have the intention to defraud another person, the conduct of fraudulently means: any type of act that intended to cheat, gaining an unfair advantage for any player in any game through a technique or device not sanctioned by the rules of the game. A person only could be convicted of game fraud if the prosecution can prove under the beyond a reasonable doubt that the defendant intended to defraud the victim.

Fraud is a false demonstration of the facts, or the reality, when the words or the conduct mislead from know the actual true. However, if a person played card games with other person and win, without cheating or playing tricks, this person could not be guilty of game fraud. The main element of this crime is the intention, a person must have an intention to commit a fraud to be convicted of this crime. The intention or the knowledge of mislead another person for the purpose to get economic advantage.

However, what is considered intention to defraud another, regarding the fortunetelling. The Supreme Court of California already defined what is fraudulent conduct when it comes to fortunetellers, in which: "It must be conceded that many persons practicing the “art” of fortunetelling are engaging in fraudulent activity. Many fortune tellers have no belief in their powers to predict the future. If such persons obtain consideration for their services, the activity could be deemed fraudulent; their statements would be false statements of fact, for they would not be expressing what they truly believe will happen in the future. However, it is also true that some persons believe they possess the power to predict what has not yet come to pass. When such persons impart their beliefs to others, they are not acting fraudulently; they are communicating opinions which, however dubious, are unquestionably protected by the Constitution."
So, for a fortuneteller be convicted of gaming fraud, the defendant must has no belief in their powers to predict the future, or know that the statement isn't true.

Matt and Nick are conducting a poker game scam in San Diego. Every Saturday, Matt and Nick join the game, pretending that they do not know each other. Nick gives Matt a deck shuffle and Matt arranges the card in a way that Nick could win.

In this case, Matt and nick could be guilty of fraudulent games, since they intended to fraud a game and the victims lost property.

3. Through "Three Card Monte", Betting, Gambling Or Pretensions To Fortune-Telling

The statute defines that is a crime when a person obtained money or property committing a fraudulent action to gain money or property through any games, including three card monte, batting, gambling or pretensions to fortune-telling. As explained above, there is no such prohibition about the games, so long as it is not dealing with illegal game, but if someone commits a fraud and got money from other people through a game in an unlawful manner, it could lead a person of a conviction.

Penalties Under Section 332 Of The California Penal Code

The punishment of gambling fraud under california is similar to the California grand theft, petty theft and larceny. If the charges was of theft, the punishment is going to depend on the value of the property that was obtained by the the defendant.

The offense of gambling fraud can be punishable as either misdemeanor or a felony, depending on the facts of each case. That is called wobbler in California, the prosecution has a option to charge the defendant with both crimes. If the money or property stolen is nine hundred fifty dollars ($950) or less, the offense is going to be charged as a misdemeanor, if it is more than nine hundred fifty dollars ($950), the fraud is treated as a wobbler.

If the offense was charged as a felony, the punishment could be aggravated, by a fine not exceeding 10 thousand dollars ($10,000) or by imprisonment in county jail not from sixteen (16) months to three (3) years, or both the fine and imprisonment.

However, If the offense was charged as a misdemeanor, the punishment is by a fine not exceeding one thousand dollars ($1,000) or by imprisonment in county jail not from six (6) months (if the property was worth $950 or less), or up to one (1) year in county jail if it was worth more than $950, or both fine and imprisonment.

As mentioned already this offense is a wobbler in California, if a person is convicted with this type of crime, the crime is going to be on the person's criminal records. If you are looking for a job and the employer does a criminal background check and there a felony or misdemeanor register, it is likely that the employer won't hire someone with a misdemeanor background. If you have been charged with gambling fraud, you should promptly look for a Lawyer. San Diego Criminal Attorney has a great deal of success defending our clients and we can help you build legal defenses that it could be use to contest these types of charges. If you would like more information, please contact our successful staff to help you with your legal problems.

To contest the charges of gambling fraud, San Diego Criminal Attorney would be able to use the following legal defenses:

The prosecution must prove is that the defendant had a specific intent to defraud another person. If a person lacks of fraudulent intent, he/ she should not be guilty of this type of offenses.

If the offense was through the fortune teller or similar activity, the attorney, if that is the case, could bring a first amendment defense to the case, since the freedom of speech protects the free communication of the fortune teller, so long as the defendant believes on what has been communicate.

30 years of experience matters when it comes to criminal cases. I highly recommend the San Diego Criminal Attorney for your criminal defense matters. His experience and tenacity in the courtroom is the advantage you want on your side.

THIS IS AN ADVERTISING PLATFORM

This is for advertisement only and should not be intended for legal advice. Website platform and DBA name is registered to attorney Michael Taibi.
Various attorneys with this platform maintain independent law practices.